Not only do EVs have a smaller environmental impact than traditional petrol or diesel cars, but they are also cheaper to operate in the long run. These days you can have the best of both worlds: a clean, green EV that looks great without compromising performance!

However, with so many different types of electric vehicles out there, it can feel a little overwhelming when trying to decide which option is right for you.

So if you're interested in making the switch to electric, read on!

What are the different types of electric vehicles?

Broadly speaking, there are three main types of electric vehicles available on the Australian market today:

A hybrid electric vehicle (HEV) has both an internal combustion engine and an electric motor.

Plug-in hybrid electric cars (PHEVs) are similar to HEVs, but they have batteries that can be plugged into an external power source to recharge.

Now let's take a more in-depth look at each type of electric vehicle...

Don't get confused! Battery electric vehicles (BEVs), are also known by a bevy of other names, including:

Battery electric vehicles are powered by electricity from batteries, which are usually lithium-ion. With a fully charged battery, electric cars these days have much larger ranges than what they once had previously. In fact, the 2022 Nissan Leaf will now get over 340 kilometres in range due to its larger battery when compared to predecessor models. This makes the Nissan Leaf a workable solution for folks who want to drive an inexpensive and reliable electric energy only car, and don’t need to travel huge distances in one go.

BEVs are becoming increasingly popular as they offer a cheaper and greener alternative to petrol or diesel cars. However, when you're travelling long distances in one of these fully electric vehicles you will need to be somewhat strategic with your route planning due to the long charging times required.

HEVs have an electric motor paired with a normal internal combustion (petrol or diesel) engine. The electric motor is generally smaller and uses less power than the engine in a BEV. As such, HEVs don't have as much range as BEVs but can still travel for hundreds of kilometres on a single tank of petrol.

One advantage that HEVs have over BEVs is that they can use regenerative braking to recharge the battery, which means they don't need to be plugged in as often.

Hybrid electric vehicles are a great option if you're looking for an electric car with a long-range, as they don't require as much charging as BEVs.

A good hybrid model to think about is the Toyota Prius. Electric motors have come a long way since Toyota debuted its Prius in 2001. And with the Prius, Toyota has kept pace. After all these years, it still represents the best of Toyota’s hybrid tech currently available on the market. It’s also very comfortable and practical.

Plug-in hybrid vehicles (PHEVs) are similar to hybrids, but they have batteries that can be plugged into an external power source to recharge. This means that plug-in hybrid cars generally have a longer range than HEVs.

In fact, the Hyundai IONIQ PHEV can travel for 63 kilometres purely on battery power alone! A lot of people purchase PHEVs because they offer the best of both worlds - the convenience of an electric car with the long-range capabilities of a petrol or diesel car.

Their only downside is that they are more expensive than simply buying an internal combustion engine car. However, as the EV technology improves and consumer demand increases the price of PHEVs is becoming more and more affordable.

BEVs and plug in hybrids use lithium-ion batteries, which are the most common type of battery used in electric cars.

Some HEV manufacturers that once used nickel-metal hydride (NiMH) batteries are starting to release newer models of their cars with lithium-ion electric battery options only.

EVs once carried a reputation as sluggish, ugly, and impractical. As the EV car market has evolved, this image of electric vehicles is now very much old hat. Today's EVs are just as stylish and luxurious as any other car on the market, with some models even outclassing their petrol counterparts in terms of performance.

When it comes to range, electric cars are now starting to match or exceed the distance that petrol cars can travel on a single tank of fuel. The Tesla Model S, for example, has a range of over 830 kilometres on a single charge. And while charging times have been a sticking point for EVs in the past, advances in technology are starting to make this less of an issue. The Tesla Model S can be charged from empty to full in just under an hour using a high-speed charger.

Aside from regenerative braking, how does one go about charging an electric vehicle?

There are two things you should know about the connection between an electric vehicle and an EV charging station (connected to the electricity grid).

Level one charging takes between four and eight hours to charge your vehicle, using a standard 240V outlet.

These charge at around 2kW per hour when plugged into a standard 10A power outlet. The cable supplied standard with most EVs is usually a level one charger. All you need is your standard powerpoint and you can begin charging right away.

Level 1 charging is appropriate for a small battery (e.g. PHEV) or infrequent driver, but it might not be quick enough for a regular battery electric vehicle user.

A step up from level one

Level two charging will take around three to six hours using a dedicated circuit with a higher amperage rating.

This is the level of charging you'll want at home to fully charge your EV overnight.

Within home installations, Level 2 charging uses a wall-mounted charging station with a capacity of 7.2kW supplied by a single-phase 240V AC connection. It's considerably more rapid than a level 1 charger, and it's fast enough for most BEV drivers. A licensed electrician must install it.

This level of charging can charge an electric vehicle in as little as 30 minutes using a high-voltage direct current (DC) connection.

Level three charging uses high-voltage direct current (DC) and is usually available only at public charging stations. Level three chargers may supply 50kW to 350kW of power, depending on the type. Many current electric vehicles are limited to 50kW charging. That's why you really need to know what levels of charger your EV can actually handle.

Level three charging is only a valid option for electric vehicles that can make use of them, such as Tesla models. A typical Tesla Model 3 may be fully charged in approximately 1.5 hours using one of these rapid charging stations. For most drivers, a 30-minute top-up would be sufficient.

Not all public charge points will offer all three options, and home chargers are generally only level one or two. When you're planning a long journey, it's important to map out where you'll be able to charge your vehicle and how long it will take.

The last thing you want is to be stranded with a dead battery!

As you can see, there's a lot to know about electric vehicles.

But don't let that stop you from making the switch! Electric cars are more efficient, cheaper to maintain, and better for the environment. Plus, they're just really fun to drive.

If you're thinking of making the switch to an electric vehicle, we hope this guide has been helpful and if you’re looking to finance your new whip we can help here at Driva with an electric car loan option to suit your needs.

Do your research, plan ahead, and enjoy the ride! Electric cars were once a thing of the future. But now, they're very much a part of the present. And there's no turning back.​ 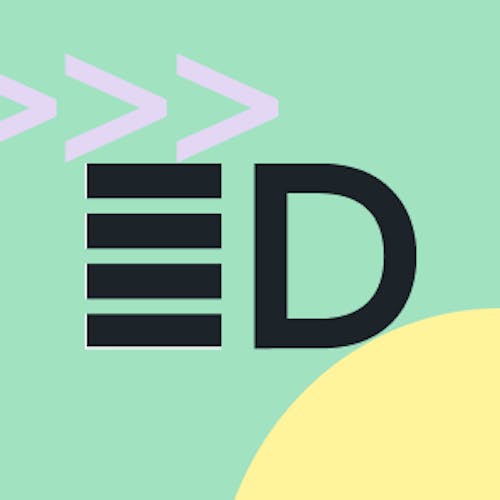 We search far and wide for your best rate, so you don’t have to!