Electric cars are steadily increasing in popularity around the world and have gained a significant foothold in the market when compared to a decade ago. In fact, electric vehicle registrations increased by 62.3% just in 2020 alone, according to the ABS.

While purchasing an electric car is a noble thing to do and a wise investment, it can come at a price. Many Australians often underestimate the initial costs when it comes to electric vehicles.

So, how much does an electric vehicle cost? Are they all expensive? Is there a reasonably priced model available? Are there ways to lower the price?

These are all fair questions to ask, and we will attempt to answer as many of them as possible.

Let’s go through the process together and see where we end up—first, we need an electric car.

What Is The Most Affordable Electric Car Available?

At the moment, there are two cars on the Australian market that are by far the cheapest electric car options available to drivers:

Driva’s top pick is definitely the BYD Atto 3. For this article, we’re going to focus on this awesome little EV!

So why is the BYD Atto 3 our top pick?

First of all, it came in at #1 in our Australia’s cheapest EV blog post, but it goes deeper than that. Here’s a breakdown of the car that should help make it a little more evident:

How Cost-effective Are Electric Cars—really?

In order to answer this question of how cost-effective electric cars are, we need to look at some of the main expenses you’ll likely face when purchasing and using one. We’re going to use the BYD Atto 3 as our example.

The difference is speed and who’s providing the charging station. This is what drives the prices. For level 1, you’re charged electricity rates at home. If you charge during peak hours, it becomes more expensive. Additionally, the charger you use can have an effect on the cost. If you’d like a full-featured pure EV charging unit, you could expect to pay up to $2,500.

Insurance for electric car owners in Australia is quite high due to EVs being more expensive in general—with parts not readily available.

Additionally, registration can be expensive for EVs. It’s important to note most states have offered incentives to bring these prices down, for now, to encourage more people to buy these new vehicle types.

If we use Atto 3’s range, we’d have to spend approximately $57.96 on petrol in our hypothetical petrol car to achieve this model’s driving range. Another way of looking at this is per km. With electric cars estimated to cost on average 3 cents per kilometre in comparison to petrol cars 12 cents per kilometre, EVs are clear winners of this category.

Will Electric Cars Take Over Petrol And Diesel Cars In Australia?

The short answer is yes. The better question to ask is ‘how long will this take?’ although we’re still a long shot from seeing this happen in Australia or most countries around the world, there are some positive signs. Take the ACTs recent decision to aim for a ban on petrol and diesel engines in 2035, for instance. Here are a few things that need to happen before electric cars take over.

The first major step that needs to be taken is that EV batteries need to become cheaper to manufacture. The issue is that batteries and most green technologies, among countless others, rely on minerals that are harder to come by, namely, Lithium. Because supply and demand are so out of balance, it has led to a price increase which is passed on to consumers.

The good news is that this is expected to improve over time. Additionally, countries are taking further steps to shore up lithium battery production, which should work to reduce manufacturers' costs.

While there are some incentives available, they’re simply not enough. It’s clear we need to get more serious about reducing the price of EVs through stronger incentives and subsidies. While we’re not 100% where we’d like to be, it’s clear this is becoming more widely discussed in the chambers of parliament—hopefully, this translates to meaningful legislation.

What Are The Current Australian States’ Government Incentives?

There are some active incentives across the country for EV owners. Let’s take a look at some of the incentives on the state level to see how this would impact your costs of owning an electric car.

Here are the incentives offered in the NT:

As NSW is the most populous state in the country it shouldn’t come as a surprise that they’ve got a ton of EV incentives to achieve their EV sales goal of 50% by 2030-31. Here are some of the active incentives:

Here are the incentives offered in SA:

The earliest movers in the EV incentives game were the ACT. ACT incentives include:

The other major factor is that we need more EVs to hit the market. Most major car companies have yet to truly produce a wide range of EV models. We need big-name car manufacturers like Toyota, Mazda, Kia, Hyundai, Ford and the like to release far more EVs than they are now. If household names started investing in the development of other electric cars, electric car prices would likely fall.

So, How Much Does An Electric Car Cost?

In a nutshell, you’ve got the initial cost of $44,990* for your new car. Depending on which part of Australia you’re purchasing the EV from, this can be cheaper. With an additional $2,500 for a premium home-charging system, you’re at $47,500. When you add high comprehensive car insurance fees to this additional cost, EVs may seem a bit too far out of reach for those without capital. This is where the tables turn though. When you factor in saved petrol costs, your state's relevant incentives plus on-road costs, you save thousands throughout the year when you opt for an EV over a petrol or diesel vehicle.

This makes EVs a great choice for any privy investor with a longer time horizon wanting to help the planet and their bank account at the same time.

If you’re not ready to enter the higher purchase price world of fancy Tesla model 3’s, then hybrid cars might be for you. They’re often more affordable and are a progressive step towards a greener future.

So what are you waiting for? Start your electric vehicle research today by test driving one of the models we have featured in this article and if you need help financing a new ride Driva can help with a range of electric car loan options available.

How Much Does an EV Cost to Charge?

What Are The 4 Types of Electric Vehicles?

When we talk about electric cars, it doesn’t mean they’re all the same. In fact, there are 4 types of electric cars you need to know about:

While electric cars are definitely getting cheaper, they’re still a far cry away from being as affordable as other cars. In Australia, entry-level models are relatively affordable in comparison to other countries where prices can reach astronomical figures. As it stands, only three countries are beating Australia regarding the cost to entry-level model EVs: China, Japan, and Norway.

The price remains relatively high worldwide due to chip shortages, Covid shutdowns, etc. However, in the coming years, we should begin seeing the price decline.

What Are The Main Disadvantages of an Electric Car?

There are three primary disadvantages of owning an electric car. 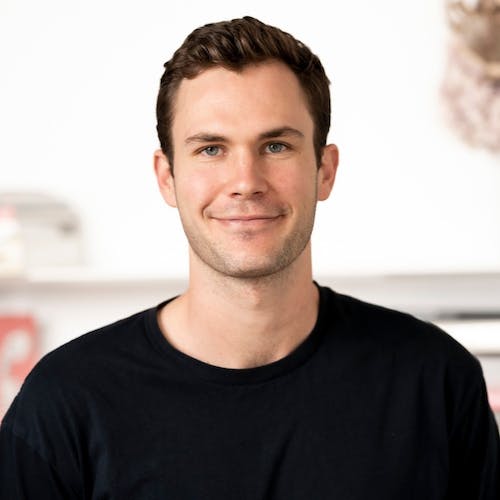 William Brown is the co-founder of start-up Driva, an online car loan marketplace helping customers fight back against the car financing process - providing options and transparency to empower customer choice.

Content Chapters
What Is The Most Affordable Electric Car Available?Driva’s Top Pick - BYD Atto 3 - $44,990*How Cost-effective Are Electric Cars—really?Will Electric Cars Take Over Petrol And Diesel Cars In Australia?So, How Much Does An Electric Car Cost?FAQ
Find your best car loan in 60 secondsUse our free loan matching tool to assess your options.Start Now
Recent Posts
Car Buying TipsIs It Worth Buying A New Car?Read More
Car Buying TipsHow much does an electric vehicle cost?Read More
Car Finance TipsWhat’s An Average Car Loan In Australia? Read More

We search far and wide for your best rate, so you don’t have to!